After reviewing the history of medical practice in ancient China and the recent discoveries in tea research, Dr. Lee gave his science-based explanation as follows:

Tea has been used as the traditional beverage in China for 5,000 years, initially as medicine to maintain health of the mind and body. But why did it start in China? Why were the leaves of Camellia sinensis, but not other plant leaves, selected to make tea drinks?

Thanks to the wisdom of an ancient ruler who mandated that drinking water must be boiled before it was allowed for human consumption, (probably the first example of practicing preventive medicine) the Chinese have never suffered from epidemics of serious intestinal infectious diseases, such as cholera, which had killed many people in other Asian countries. However, boiling water 5,000 years ago in primitive utensils made of clay, pig iron, bronze and brass may have had adverse side effects on health. At boiling temperature, water is an excellent solvent for many metals, such as arsenic, mercury, lead, cadmium, aluminum and iron that are natural components in the materials used to make primitive cooking utensils and may be poisonous to the human body.

Ancient medical and literary writings have indicated that heavy metal poisoning was widespread in the history of China and was probably a chronic disease leading to premature death. The emperor who built the first centralized government in China died at age 50 in 210 B.C. He had spent much of his youth searching for herbs to extend his life, but to no avail. Cardiovascular diseases and cancer were not the major causes of death, since most people died before age 50. Only the Taoists who drank a lot of tea were known to live longer. Based on the current understanding of tea science, it became obvious that the major obstacle to longevity in ancient China was metal poisoning.

Today, we know that green tea is a metal-chelating agent and contains antioxidants, both of which may act against the harmful effects of heavy metals on the human body.

The ancient Chinese invented porcelain, the non-metallic utensils now known as chinaware, or simply “china”. Its purpose before 900 A.D. was primarily for making and serving tea. They had learned that metals, especially iron, caused deterioration of hot teas. Even a trace of iron in tea drinks can cause significant degradation of tea antioxidants in the presence of oxygen, as confirmed by recent scientific research. Since the antioxidants in tea leaves must be extracted with hot water, it is important to avoid oxygen, oxidizing agents and iron in tea preparation. Dr. Lee’s patented anaerobic tea extraction technology helps put the art and science of tea into practice for health protection. 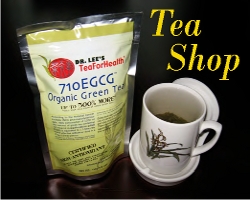 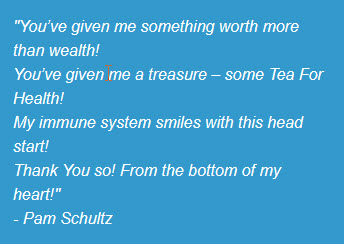